Dr. Pavel Sochor, Ph.D. (as a self-employed person) has consent to the processing of personal data for the following persons within the meaning of Regulation No. 679/2016 on the protection of personal data of individuals (hereinafter “GDPR”).

The aim of the unique OPEN ART project is to highlight the uniqueness and often neglected contribution of non-professional artists with disabilities in the area of culture. The aim is also to introduce a model of the employment of talented people with disabilities on the labour market in the Czech Republic based on international inclusive principles and values. An important part of the project is the involvement of artists with disabilities in commercial projects, the ability to compete in a competitive environment and become part of professional creative teams.

The realization team for visualization consists of the following artists with disabilities: Jakub Čech, Petr Kolař, Ondřej Farkas, Zuzana Kadlcová, Pavla Pravdíková, Lucie Němcová and Tomáš Koudelka, along with students of the Faculty of Education of Masaryk University from the Open Art studio at The Institute for Research in Inclusive Education, Brno (www.openartstudio.cz) , namely Bc. Petra Herníková, Mgr. Tereza Mikulová, Bc. et Bc. Jitka Novotná, Mgr. et Mgr. Bc. Lucie Hájková and Artistic Director and Responsible Person for the OPEN ART Project Dr. Pavel Sochor, Ph.D., and the graphic designers from the commercial graphic studio braq design, Michal Běťák and Veronika Bracková.

Zuzana Kadlcová, a young artist with diagnosed autism, co-designed the first visualization of the February concert of the band The Celtic Social Club. The poster and banner are included here. 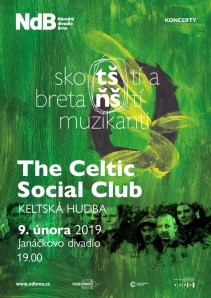 Young artists Ondřej Farkas, with Asperger’s syndrome, Jakub Čech, with Down syndrome, Pavla Pravdíková, with autism and Lucie Němcová, with autism, co-designed the second visualization of the Radůza concert in March. The poster and banner can be seen here on the website of the National Theatre, Brno. 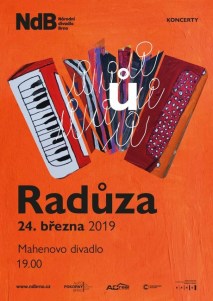 Young artists Petr Kolař, with autism, and Jakub Čech, with Down syndrome, participated in the third visualization of the March concert of the band Zrní. You can see the materials here. 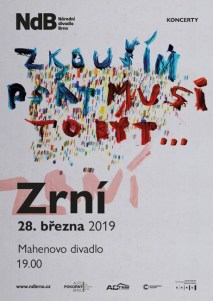 The young author Pavla Pravdíková, with autism, participated in the fourth visualization, this time for Vladimír Mišík’s concert in April with his band ETC.Posters can be seen here.

Young authors Lucie Němcová and Ondřej Farkas with autism co-designed the sixth visualization of Hana and Petr Ulrychovi and their guests Javory’s concert Javory Beat. Posters can be seen here. 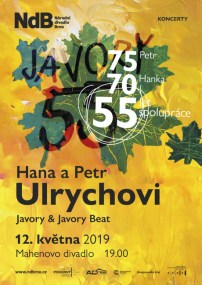